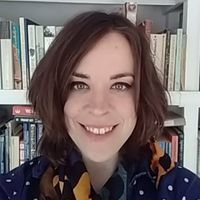 Regular readers will know of my love for the awkward moment. I may be a Citizen of the World, but I am also Scottish, so perhaps this accounts for the self-schadenfreude that defines a lot of my interactions.

New lows (highs?) were reached on my trip to see Steve Colmer, Creative Director of Soluis Heritage, a leading AR/VR company, who have their HQ in Glasgow. Not, I hasten to add, because of Steve; Steve is a Charming Man, great craic, and disarmingly chill for someone of his calibre.

No—for the comedy awkwardness, I blame a dinosaur, or rather two boy dinosaurs and one lady dinosaur. As part of my Knowledge Transfer and Exchange, Steve and I went to check out the ‘T.Rex in Town’ at Kelvinhall. This turned out to be a bizarre game of two halves: belting bones, and completely tonto digital additions. Behind a set of virtual spray-paint cans, nominally to ‘colour in’ a dinosaur but actually a vehicle for bad, Lynx-style puns, we discovered a game. Not just any game though: ‘Can You Seduce A Dinosaur?’ You read that right. It is exactly as creepy as it sounds; imagine David Kronenberg art-directed Just Dance on PS2. 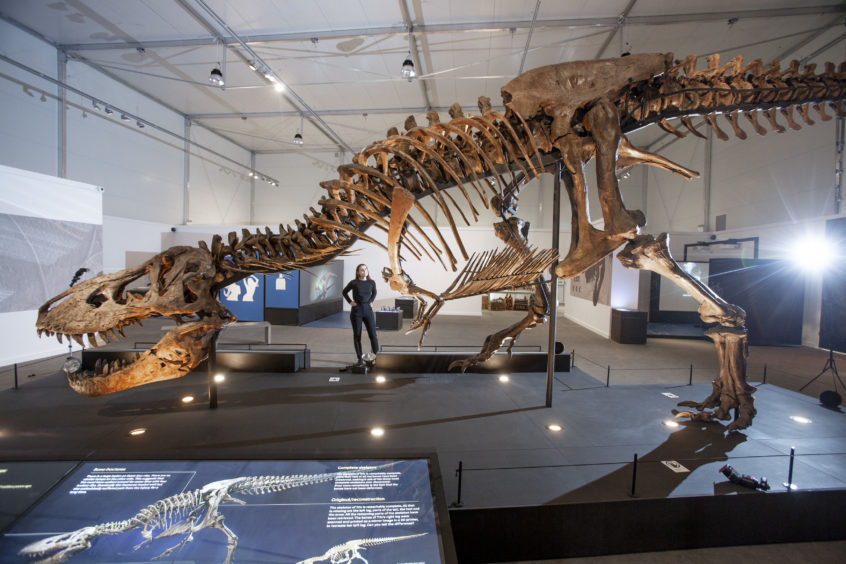 Obviously the only thing to do with your new boss for the week is challenge them to virtually seduce a Saurischia. After I nobly forced some children in Fortnite hoodies out the road, we assumed the position. Eerie music played as we copied the moves instructed (squatting, chicken-winging, etc) in an effort to win the hand of Trix, who in my memory was wearing lipstick like the dragon from Shrek. Let the record show that Steve thoroughly thrashed me, a fact that continues to cause us both some degree of turmoil.

Moving on. Monday saw me join Steve and his collaborator, the delightful Graham Hogg of Lateral North, in a van headed to Edinburgh. They politely let me put a copy of The Digger on the dashboard, and we headed to the Scottish Storytelling Centre to dismantle the Past Forward exhibition for its transfer to South Block in Glasgow. Past Forward is a rad exhibition on Scotland’s city heritage, using augmented reality models to show the changes in 60 community projects across the country. I met the lovely team from Scotland’s Urban Past, drank a dirty chai, just about managed to not break anything, and got really sweaty. Result. 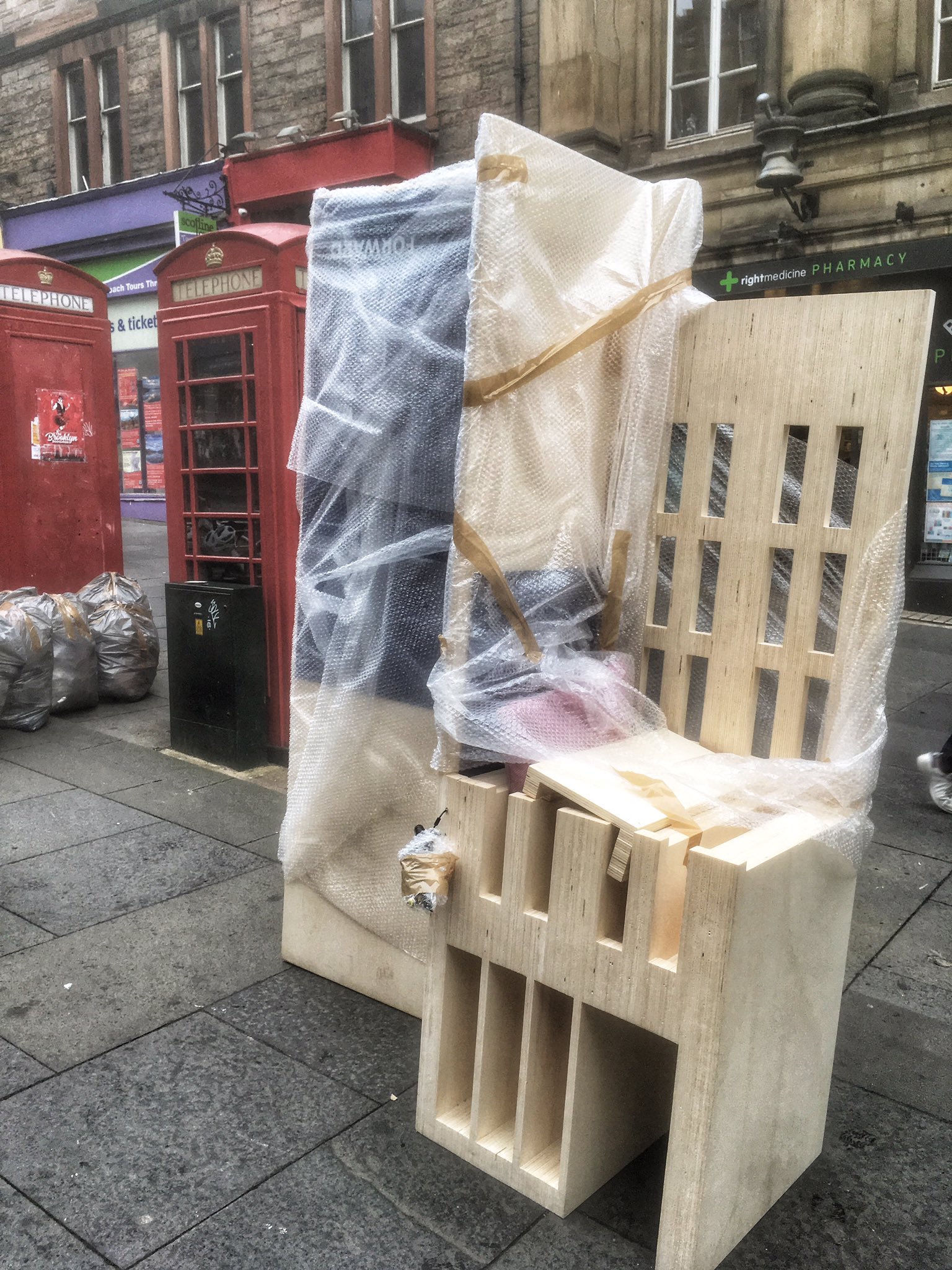 By Tuesday Steve had started introducing me as his stalker, a moniker I enjoy for its intrigue and accuracy. We headed over to Soluis’ sister company, Sublime, to check out the latest outputs for their collab with Glasgow Uni. Glasgow’s digital humanities setup is spectacular, and they’ve been commissioning a load of pioneering teaching content using VR, AR and digital methods. This is where it got real for me (VR jokes lol) because the project we were seeing was for a class I took about 10 years ago, with the inimitable Dr Johanna Green. This is a VR GUTENBERG’S WORKSHOP, people. I pretended I wasn’t rude for long enough to let JG have a go, then it was my turn and holy smokes friends, it did not disappoint. I don’t want to ruin anything or brag or whatever but honestly it was sick and that’s all I can say about it.

Honestly y'all undergrads don't know you're BORN---- back in our day it was Spec Coll once a degree and we fashioned our own exam script scrolls from rags and the dreams of the nation https://t.co/kQTi23QQ2M

On Wednesday, Steve took me on another field trip: this time to ENd of The Line, a photography exhibition in an abandoned welfare office. This chap John R Hume photgraphed all the gorgeous industrial buildings in Glasgow before they were wrecked to make way for the M8. NGL,made me a bit emotional. 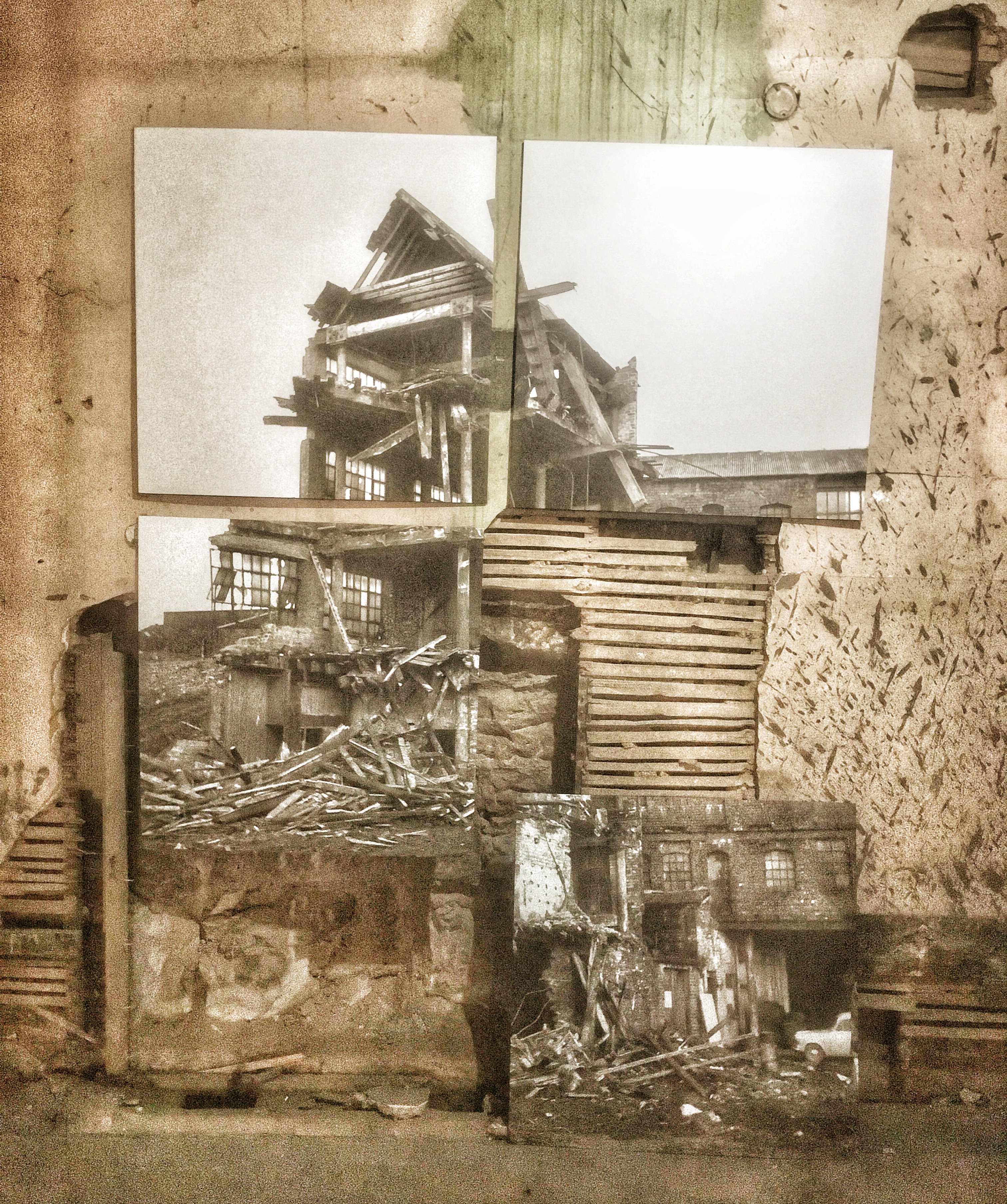 The rest of the day was devoted to following Steve around his office, troughing banh mi and asking annoying questions. As befits a man of his kindness, Steve was super-generous with his time and expertise. I learned about tenders, the business structure, the differences between the Commercial and Heritage branches of Soluis, where he sees the company going and how. I hung out in the office’s immersive dome, chatted to the team (who were very kind about me limpeting to their boss for a week) and spent a lot of time trying to convince Steve that he should get an office dog, if only to have a neutral party to show in scale drawings. We also got nice and weird and talked about our architectural obsessions (him: St Peter’s Seminary in Cardross; me: the Isabella Stewart Gardner Museum) and rock art in Korea. Wild times.

I better wrap this up. Thanks again to Graham, Jonny, and all the rest of the crew for being so accommodating about letting me see the baller work that you do; I can’t wait to see how the Heritage branch grows over the coming months. Special thanks, of course, to Steve: for being the best stalkee a nerd could wish for. Let Soluis Flourish, and mind and get that office whippet before I come back, eh?