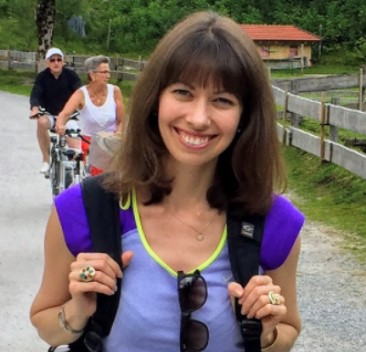 Since January 2018, my role in this research has been to describe the decorative programme, and translate texts, on two of these coffin sets (Nespawershefyt, c. 1000 BC and Pakepu, c. 650 BC) and pull together all the specialist reports to develop a new online resource (generously funded by the Isaac Newton Trust Fund). This will form the basis of a complete digital publication of all the Museum’s ancient Egyptian coffins. I am also involved in disseminating the research via other platforms, including public talks and lectures, a ‘Pop-Up’ museum experience in the Wisbech & Fenland area (funded by a grant from the Arts and Humanities Impact Fund) and curatorial training for our museum colleagues in Egypt (funded by the Global Challenges Research Fund).

For my AHRC project, I have developed a distinct strand of research from the broader Fitzwilliam Egyptian Coffins project, which involves working with ThinkSee3D Ltd to develop a set of physical and virtual 3D Egyptian coffin models. The models will serve as pedagogical tools to help enrich peoples’ understanding about ancient Egyptian craftsmanship, coffin production and decoration (including the decipherment and meaning of the hieroglyphic texts), as well as helping us to further our own understanding about joinery and carpentry techniques. A particular focus of the production of these models will be their subsequent interpretation, display and delivery to local communities in the east of England (namely Wisbech and the Fenlands), and also to a lesser extent in parts of Egypt, where there is little interaction with wider cultural provision. I want to trial the use of physical and virtual 3D models, alongside some real museum objects, as a way of trying to reaching new audiences in underserved areas who might not otherwise have the opportunity to engage with this type of current ground-breaking research.

As a result of initial discussions, we have also involved another partner from the creative economy: an expert in ancient woodworking techniques, and sole trader, Dr Geoffrey Killen, to make a replica of a miniature box coffin believed to be for a dog, and also different types of individual coffin joints, such as a mortise and tenon, edge-to-edge dowel, butterfly cramp and butt joint. The miniature box coffin will serve as an interactive 3D jigsaw puzzle that participants, in different contexts, will be challenged to assemble from its individual parts.

The virtual 3D models will be generated from the CT scan data and high-resolution photogrammetry of Nespawershefyt and Pakepu’s inner coffins. The models from the CT scans will help people to make sense of those elements of the coffin, which otherwise cannot be seen with the naked eye, including how the coffin has been joined together, evidence for reused pieces and planks of wood from other objects, including other coffins, and evidence of repair and re-work, including flawed areas of the wood which have been filled in using a calcite paste. The models will also be annotated with relevant information, including summary descriptions of the iconography and transliterations and translations of core sections of the hieroglyphic text.

3D prints will also be made of detailed sections of Nespawershefyt’s inner coffin whose methods of joinery and construction in some places are currently unclear to us from the CT scan data alone. The ability to study a 3D print will help us to discover how the particular components of wood were assembled. I also intend to apply this approach to some other coffin fragments in the collection, whose constructions are similarly not fully understood.

This project will result in several virtual and physical 3D models pertaining to ancient Egyptian coffins and their construction, which will have wide reaching uses and impact. For example, it will provide ThinkSee3D with new insights into how 3D models can be used to engage audiences in areas of low cultural provision through the ‘Pop-Up’ museum experience in the Wisbech & Fenland area, and also in Egypt. The project will provide a new range of markets for ThinkSee3D Ltd (we will be popping up in surprising and unexpected places, such as the local Wetherspoons, supermarket, community centre, shopping complex, hardware store and public thoroughfares) and hope to replicate this community outreach model in other non-traditional settings as well. It will also help to expand the range of offerings of ThinkSee3D, particularly from the perspective of pedagogical 3D models to demonstrate the way objects, and their components are constructed, in addition to aiding new methodologies, which enhance research frameworks, and understanding.

Other outputs from this project include digital and print publication, especially on the Fitzwilliam Egyptian Coffins website, and a reputable museum journal, such as Curator. I also plan to deliver a paper on this collaborative project with ThinkSee3D at the annual ICOM-CIPEG meeting for curators working with ancient Egyptian collections worldwide.

Furthermore, I will learn a new range of digital skills from this Fellowship, including 3D printing, advanced skills in photogrammetry, augmented reality and how to use specific software programmes for virtual modelling, such as Photoscan. It will also be an opportunity to develop my skills in different modes of audience engagement using a new range of material (namely 3D modelling) through which we can innovate, communicate and demonstrate aspects of our research.